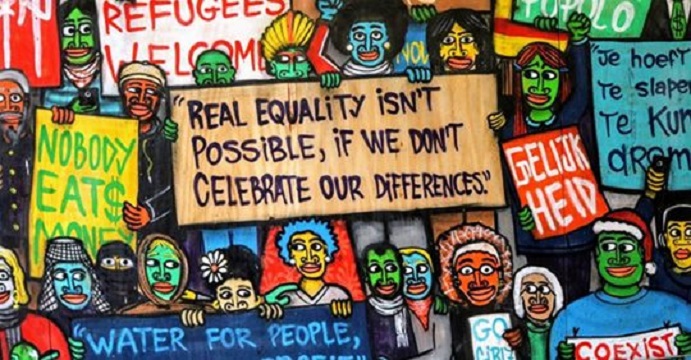 One State Foundation organises a meeting to discuss a one-state solution concerning the Israeli-Palestine conflict. Three members of the organisation will discuss the solution with the each other and the public.

Supporters of the one-state solution argue that a sustainable solution to the Israeli-Palestine conflict can be found within one state. This stands in contrast with the two-state solution that internationally pursued for several decades know. This solution advocates for an independent Palestinian state next to the state of Israel.

Ahmed and Ofra are both advisory board members of The One State Foundation but to date were never able to meet and exchange in person as Ahmed is based in Gaza and Ofra lives in Jaffa.

Together with Jaap Hamburger, who will moderate the evening, they will discuss and explore their shared vision for a viable alternative to the two-state solution; one state based on the principles of equal rights for all and recognition and repair of past and present injustices.

Ahmed Abu Artema is a young Palestinian poet, writer and activist from Gaza who is considered one of the architects behind the Gaza Return Marches. He is also a husband and father. A refugee himself, his vision for a sustainable solution is rooted in the importance of recognition of the right of return for Palestinian refugees and equal rights for all.

Ofra Yeshua-Lyth is a retired journalist. Amongst others, she worked as a foreign correspondent for the Israeli Maariv newspaper in the United States and Germany. She is the author of the book ‘Politically incorrect; why a Jewish State is a bad idea’. She has been an advocate for a one-state solution for close to two decades. She lives in Yaffa and is a mother to a grown-up daughter.

Like Ahmed and Ofra, Jaap Hamburger is an advisory board member to The One State Foundation. Jaap is also chair of the Dutch organization ‘Another Jewish Voice’ and a fervent contributor to the debate around Palestine-Israel within The Netherlands. He will moderate the event.

29 januari Den Haag A one-state solution to the...