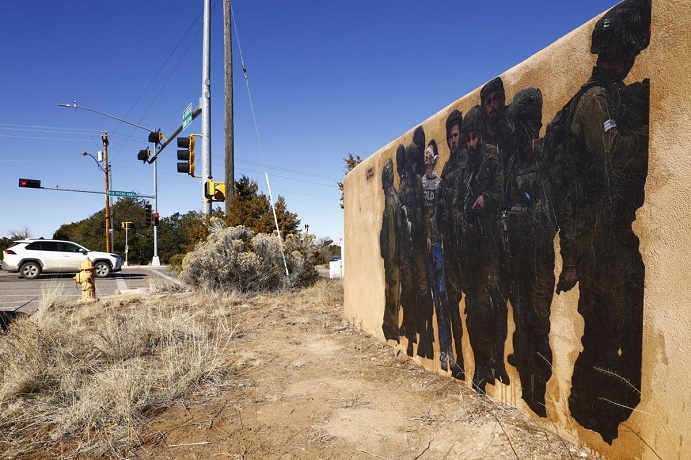 Mission: Hebron by Rona Segal, docu 22 min. Israël 2020
(Selected for Section Frontlight, IDFA 2020)
https://www.idfa.nl/en/film/e5951944-ce64-4b8e-98dd-a5b392d6bfda/mission-hebron
Six young Israeli men who served in the army from the age of 18 give an account of their mission in Hebron, a Palestinian city in the Israeli-occupied West Bank. The young soldiers were tasked with protecting a compact community of Jewish settlers from the city’s predominantly Palestinian population. Barely adults, these young men were given complete control of public life in the area.

In a studio setting, based on the duties defined in their military handbook, the six ex-soldiers describe their mission, both official and unofficial. Official: protecting the Jewish community in Hebron. Unofficial: making the lives of Palestinian civilians impossible, using a range of sophisticated strategies.

Footage documenting numerous appalling situations corroborates their compelling stories, from soldiers taking pot shots with rubber bullets and conducting humiliating searches of passersby to arresting ten-year-olds and turning entire households upside down. What effect did these military duties have on their moral compass? Looking back and growing older, how do they feel about this mission now?

In Ziyara (a term that refers to a form of pilgrimage to sacred places), Bitton returns to her homeland and searches for the traces the Jews have left behind. There is no shortage of these. Traveling by car—and taking the opportunity to include beautiful shots of the passing landscape—Bitton makes a tour of Jewish heritage in towns and villages. She discovers cemeteries, remnants of the Mellah (the Jewish quarter), synagogues, and schools—places often lovingly and reverently maintained by the local people. Bitton talks to them about the importance of heritage conservation, and their devotion, as well as about the relationship between Jews and Muslims. One of them muses: what would Morocco be like today if the Jews had stayed?

Mayor by David Osit, docu 89 min, United States, United Kingdom 2020
Selected for Section Best of Fests, IDFA 2020)
https://www.idfa.nl/en/film/a2cc2d8d-acfa-433a-9b6e-c05250062bc1/mayor
The likeable mayor of Ramallah, Musa Hadid, is something of a celebrity in the city. Emmy Award winner David Osit follows him as he attends appointments, makes arrangements for Christmas celebrations and receives Prince William on an official visit. But Hadid is just as tirelessly concerned with repairing the doors of a school, plans to install a fountain in the heart of the city, and dryly humorous meetings about city branding and the space in the city slogan “We Ramallah.”

The mundaneness of local politics contrasts sharply with the geopolitical minefield in which Ramallah is situated. Osit captures Hadid’s baffled expression when he hears that the US under Trump has decided to recognize Jerusalem as Israel’s capital. In another scene, we find ourselves in the middle of a tear gas attack by armed Israeli forces.

This winner of the Next Wave Award at the CPH:Dox documentary festival illustrates the city authorities struggling with the harsh everyday reality of the occupation. How do you run a city if you don’t have a country?

’Til Kingdom Come’ by Maya Zinshtein, docu 76 min, UK/Israel/Norway 2020
https://www.idfa.nl/en/film/c0e65192-b1a9-4fbe-b380-c74002cee909/til-kingdom-come
Trailer: https://www.idfa.nl/en/film/c0e65192-b1a9-4fbe-b380-c74002cee909/til-kingdom-come.
This revelatory examination of the controversial links between U.S. evangelical Christians and Israeli Jews begins in a poor mining town in Kentucky. After shooting practice, a young pastor encourages the faithful to go collecting for the International Fellowship of Christians and Jews, the biggest charitable organization in Israel.

What initially looks like an anomaly turns out to be part of a broad movement. Conservative American evangelists, who form a major electoral block for Trump, collect hundreds of millions of dollars for Israel each year. What’s even more significant is the political influence, all of it rooted in an unshakeable belief in the return of the Messiah—in Israel.

Maya Zinshtein brings together major events and encounters in America and Israel to form a wide-ranging panorama interspersed with interviews. From passionate prayer meetings, to the indoctrination of children, to evangelicals and Israeli colonists lobbying in Washington, to Palestinian protests. It sheds unexpected light on Trump’s controversial support for Netanyahu, through acts such as moving the U.S. embassy to Jerusalem.

7 december The Pianist of Yarmouk: music and words with Aeham...